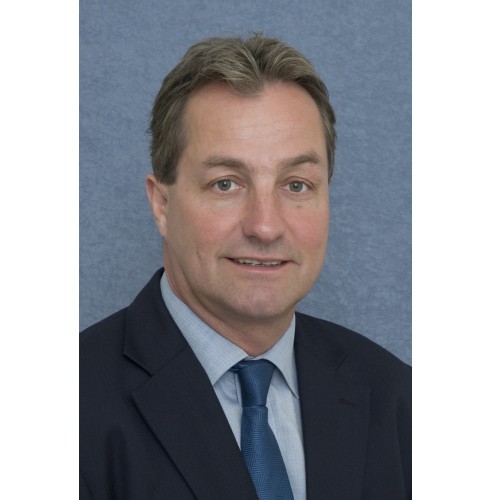 Dr. Csaba Polgár was born in Budapest in 1969. He obtained his medical degree at the Semmelweis University of Medicine (SU) in 1993. Since 1993, he has been working at the Centre of Radiotherapy at the National Institute of Oncology. He was appointed head physician in 2012, and deputy head of the Centre in 2013. In May 18, 2018, he was appointed head of the Centre. He was qualified in radiotherapy in 1997, and in clinical oncology in 2000. In 2001, he earned his PhD degree. His habilitation process was completed in 2007. In 2013, he earned a degree in health care management at the Faculty of Health and Public Services of SU. Since 2015, Dr Polgár has been the Head of the Oncology Department at the Faculty of Medicine of SU. He received the status of university professor in 2015. He is the organiser and initiator of independent undergraduate oncology training at Semmelweis University. He was a member of the Radiotherapy and Oncology Section of the Professional College from 2009 to2011. As of 2011, he serves as president of the Council of Oncology and Radiotherapy of the Professional College. He is a PhD consultant for the postgraduate schools of Semmelweis University, the University of Medicine and Pharmacy of Târgu Mureş and the Medical Schoolat the University of Pécs. His main fields of study are the brachytherapy and teletherapy of breast tumours and the introduction of image-guided three-dimensional and intensity modulated radiotherapy techniques. He has been the initiator and leader of several Hungarian and international clinical trials for various tumour types (breast, cervix and prostate).
Number of peer reviewed publications: 146; cumulative impact factor: 313; number of independent citations: 2295; h-index: 26;number of book chapters: 24.
In 2017, he received the title of Doctor of the Hungarian Academy of Sciences (D.Sc. degree), as well as the Batthyány-Strattmann Award, and the Krompecher Award. Since 2018, he has been a member of the Hungarian Accreditation Committee of Higher Education. Dr Polgár is married with three children.