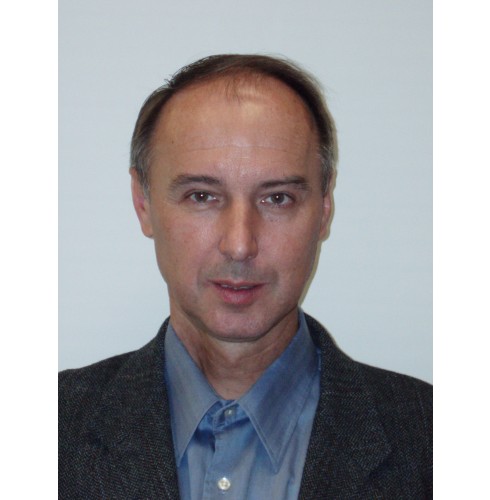 György Hodosi, Ph.D., DMS was born in 1961 in Dunajská Streda (Hungarian name Dunaszerdahely) in former Czechoslovakia (south part of Slovakia). After finishing secondary chemical school in Bratislava, he studied in Budapest at Technical University of Budapest, Faculty of Chemical Engineering, majoring in medicinal chemistry. Five years later in 1992 he defended his doctoral degree, while working at the Institute for Drug Research as a researcher. Then he left to US and Canada, working at Purdue University, University of Toronto and National Institutes of Health near Washington. After coming back to Hungary he defended his Ph.D. with several publications and changed to Business. He finished the Open Business School in Budapest with Diploma in Management Studies in 2002 under the curriculum of Buckinghamshire Chilterns University College. He worked in lab diagnostics and later imaging diagnostics fields as a sales, country and later Central and Eastern European regional manager representing Johnson & Johnson Life Sciences and AGFA Healthcare. He was also teaching at Szeged Medical School, Debrecen Medical University and Miskolc Medical College between 2005 and 2008. In 2010 he has founded his own company as a Central and Eastern European Healthcare Trading and Development House. He is married with three daughters

For managers who care. Business models, innovation and creativity in Central and Eastern Europe

For managers who care. Business models, innovation and creativity in Central and Eastern Europe